Founded in 1941, Epiphany is a community centered in Jesus. It’s a place where Jesus restores with forgiveness and new life. It’s a place for gathering socially, where unrelated people can relate. Here, we are growing to know Jesus more deeply by experiencing his sacrificial love and learning to love like him. 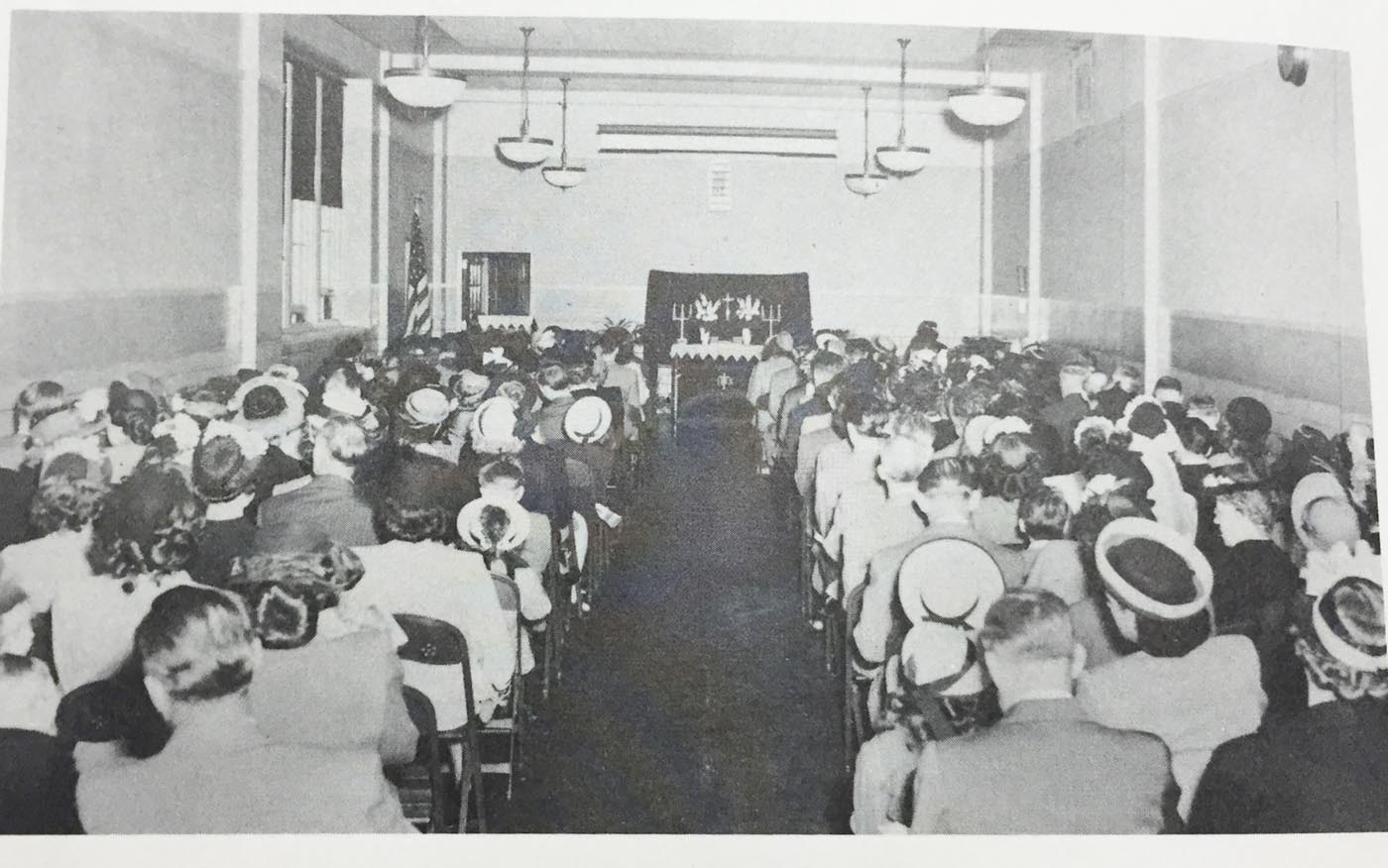 Before we say more about Epiphany, let’s go 2,900 miles north to Fairbanks, Alaska, home to the largest (and perhaps only) dog mushing museum in the world.

The term “mush” supposedly comes from the French word “Marche!”

Back in the day, locals heard the French-Canadian fur trappers holler at their restless sled dogs, “Marche!” to give them permission to “Go!” To the locals, it sounded like “mush” and the rest is history. 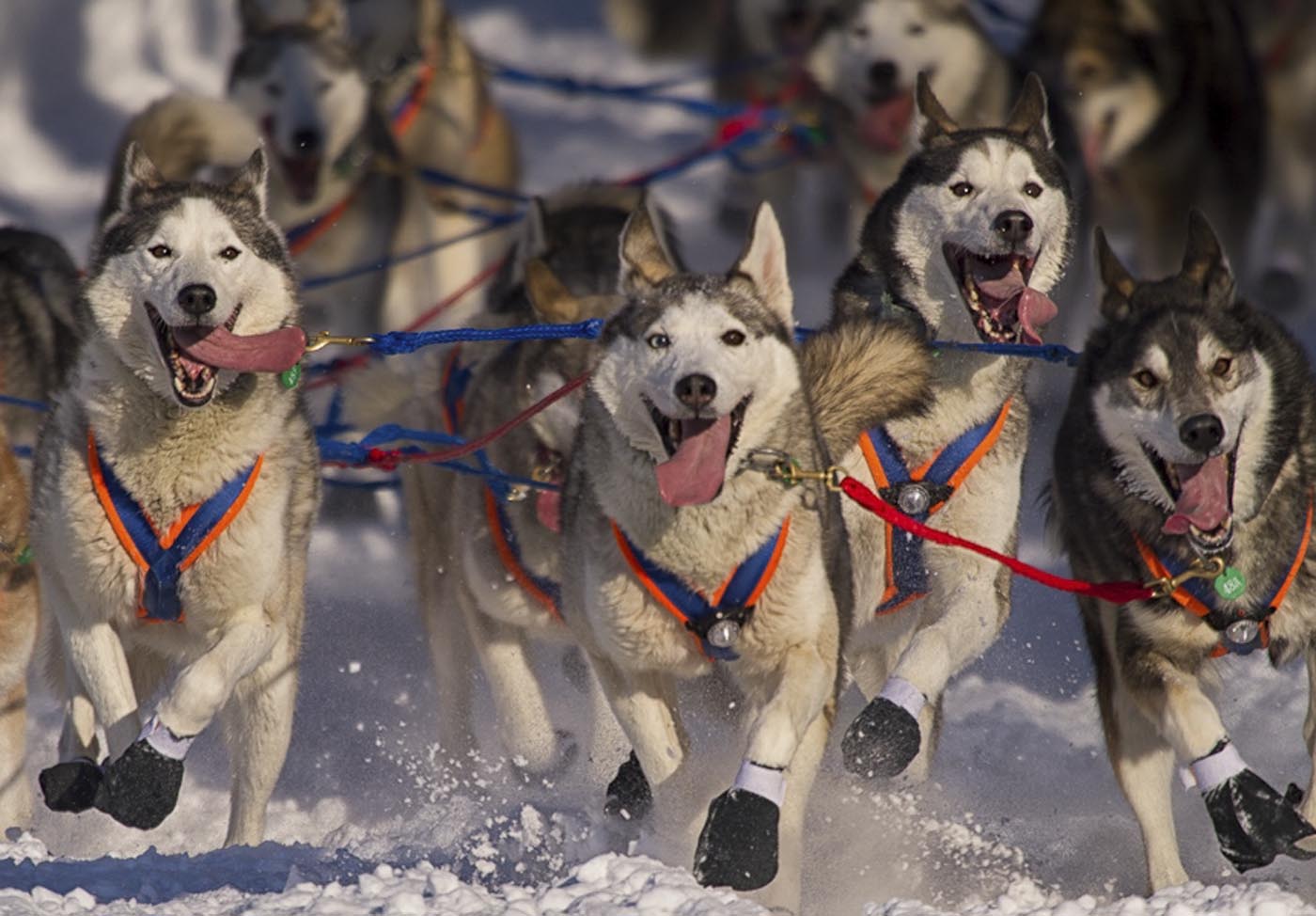 The dogs featured at the Fairbanks mushing museum are the Olympic athletes of the canine world. In a race like the thousand-mile Iditarod from Anchorage to Nome, the dogs will run as much as a hundred miles in a day, with each animal consuming the caloric equivalent of 24 Big Macs. And you thought Michael Phelps ate a lot. As with Olympians, sled dogs come in many shapes and sizes. But they hold one attribute in common: restlessness—an insatiable desire to “Go!”

Martin Luther once described the faith that resides in a follower of Jesus in similar terms:

“When it comes to faith, what a living, creative, active, powerful thing it is. It cannot do other than good at all times” (Preface to The Epistle of Romans).

Like an Alaskan Husky, faith doesn’t like to sit still. The thing about faith is that it’s not about us. We’re involved. We’re along for the ride. We exercise faith and live by faith. But faith is a power out in front of us. Faith is what happens when we’re exposed to God’s Word in the Church’s confession and forgiveness in the name of Jesus, in her songs, Scriptures, sermons, sacraments, and social interaction. Faith begins to pull us forward out into the world.

When Jesus says, “Mush!” you better hold onto the sled.

A few years back, Epiphany was going through some conflict. With the help of an interim pastor, the congregation did some soul-searching.

Who are we? What are we doing here?

We came up with a bold ministry plan. We wanted to grow. Not quantitatively in the first place, but qualitatively, in depth, in relationships. We wanted to grow in God’s Word, grow in service, and see God grow His kingdom here in our neighborhood. We were ready to let faith run. 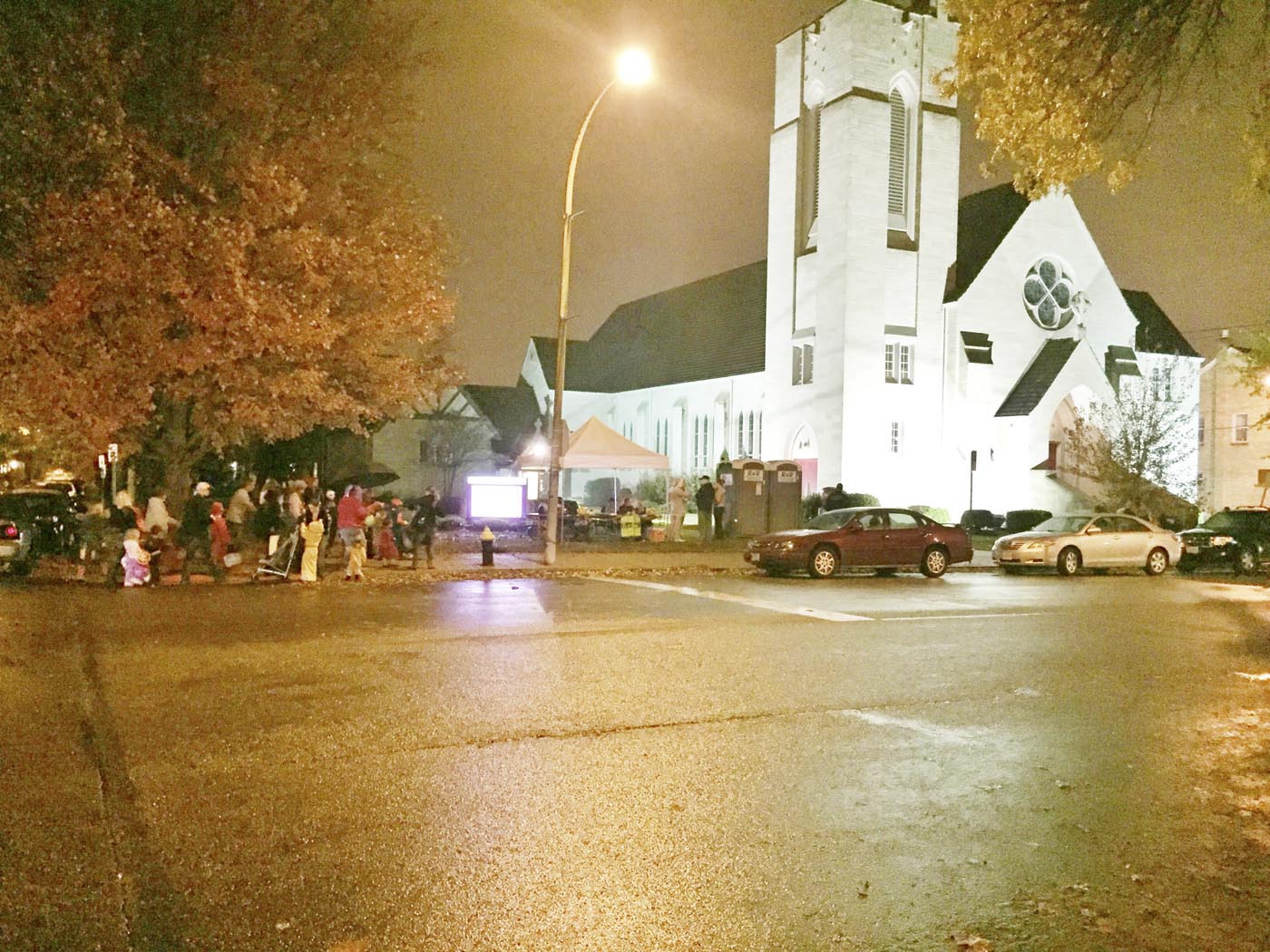 So we started listening to what the neighborhood needed.

We knew that each member was called to let faith work in love in their unique station in life. We also believed that God was calling us to do something together as a worshiping community to serve our neighborhood.

So, for seven years we worshipped Jesus in the basement of Woerner Elementary, the local public school.

Looking for a way to let faith run, we turned the sled toward the students, families, and staff of Woerner Elementary. We encouraged members to serve there as reading buddies. We started building relationships.

Principal Peggy Meyer told us that one of the great needs of the school’s families were social engagements that encouraged them to build a support network for each other. So, we tried some things, and the Holy Spirit has been refining our efforts, specifically in three ways to provide an uplifting social space for these families to gather:

(3) English as a Second Language Class

Epiphany had been doing Ice Cream socials for years as fundraisers. In 2014 we had about 30 people show up (about 5-10 from the neighborhood). In 2015, we took a year off. Then, in 2016, we decided to try it as a welcome back-to-school-social with the new kindergartner families at Woerner as our special guests. 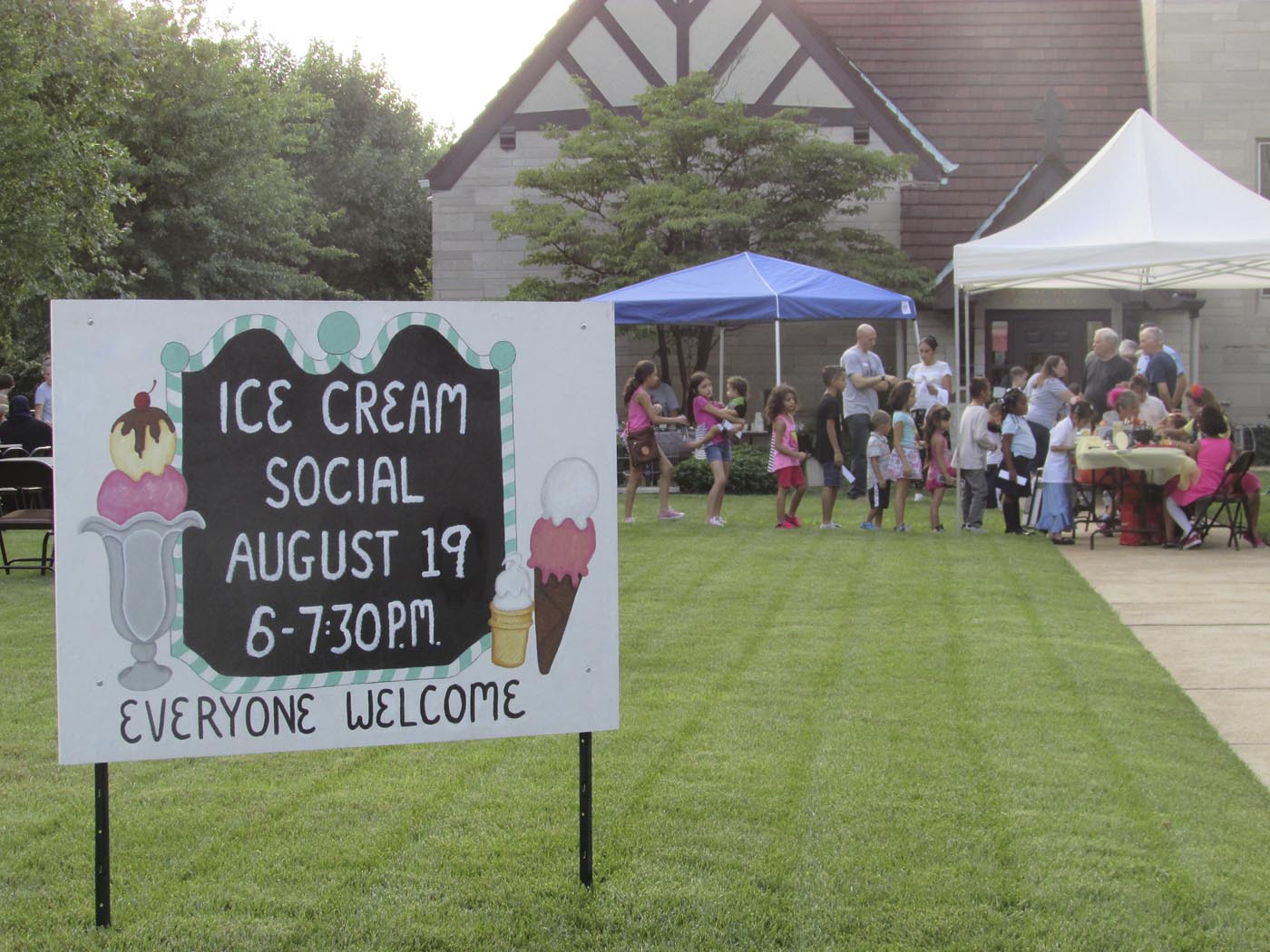 Having built trust with the principal and other school administrators, they let us extend to the invite to all their new kindergarten students, with tickets included to pass out to their family members.

We had about 60 people from Woerner attend that August. We also put out an announcement to the community. We said we wanted to partner with all willing neighbors to channel community service through Woerner school.

Our alderwoman came to serve ice cream, along with others from the community, plus about 50 volunteers from our own congregation, around a 150 in all. In August of 2017 we had over 200. 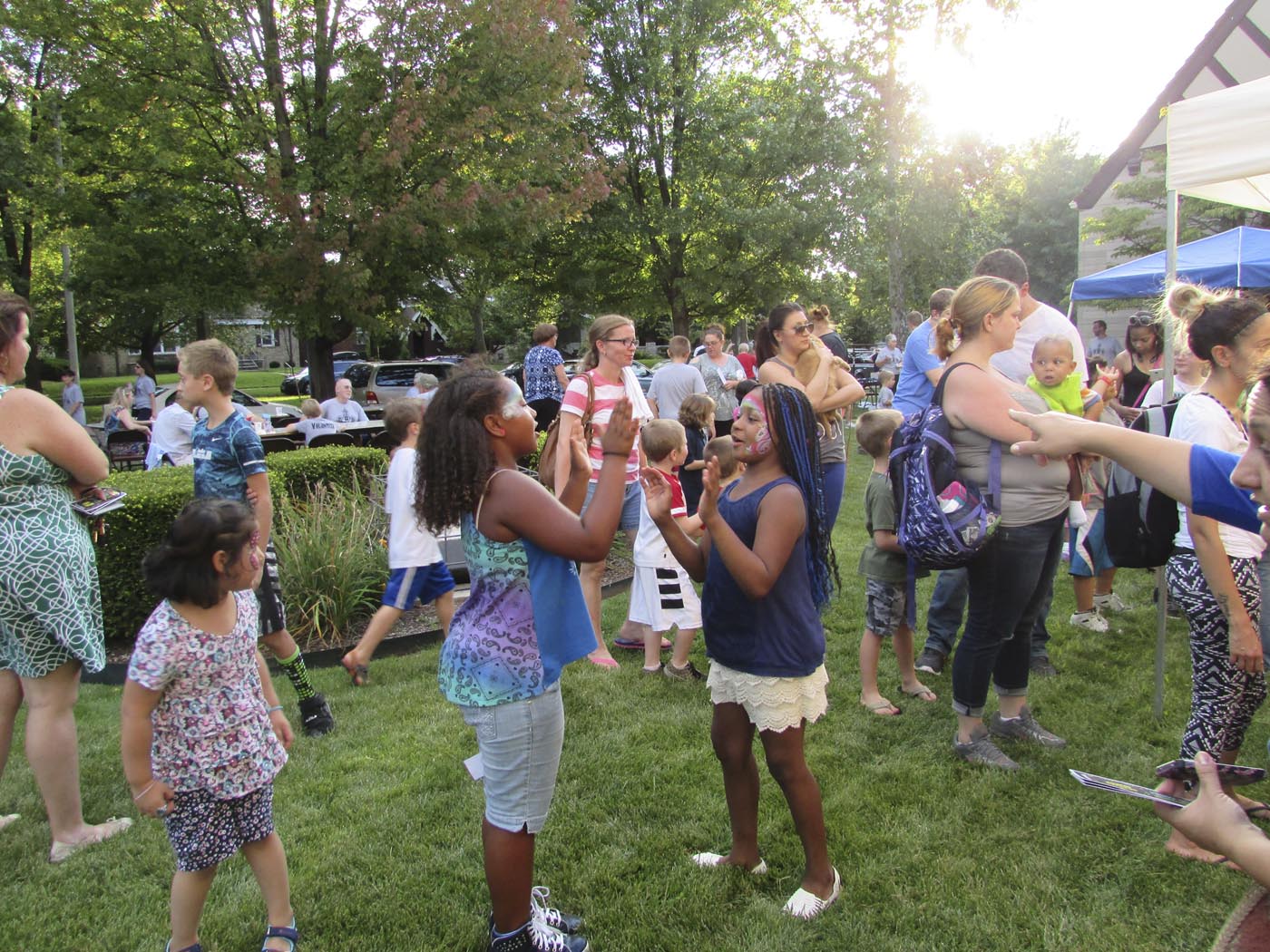 We’re not sure what God is doing with these scattered seeds of kindness in the name of Jesus. All we know is that faith needs a place to run.

Along those same lines, we started Foundations Community night. We had about 100 people come

out for the first one on a Wednesday evening in January for a free dinner and classes for kids and adults.

They did sport stacking in the meeting room, chess on the stage, dancing in the parlor, and ceramics across from the kitchen, all while a lecture from a professional youth and family counselor was being given upstairs in the sanctuary to help parents be better parents.

We also started a weekly ESL class designed for some of the 140 families at Woerner who speak English as their second language. Again, we put out the notice to the community: “We want to partner with all willing neighbors to channel community service to and through our local public school.” 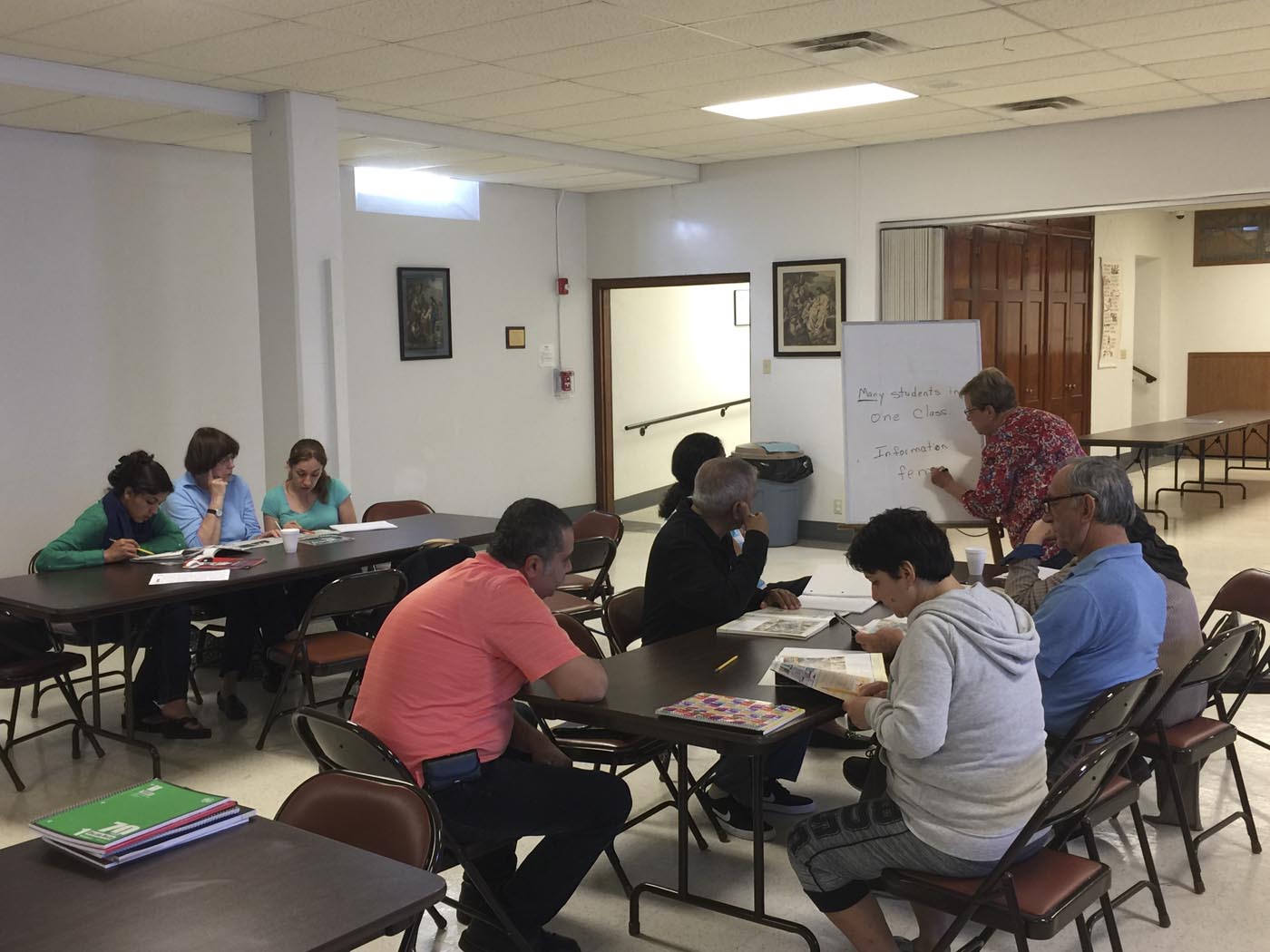 We don’t know what God will ultimately do with these seeds of kindness sown in Jesus’ name, but we know that faith needs to run.

Sometimes people adopt sled dogs as household pets. But it often ends in disaster. They don’t get enough exercise, the owner is frustrated, hyperactive dog, and in the backyard—holes half-way to China.

Sled dogs don’t domesticate well. They are born and bred to work.

The same can be said of faith in Jesus.

This faith is pulling us to pursue a vision to be a community that puts Jesus first, neighbors second, and ourselves third by gathering to be served by him so we can grow to love as he loves. We are just trying to hold onto the sled.

By focusing our social service outreach on just one little public elementary school, we’re seeing more opportunities for service than we could have imagined.

One day Woerner’s Principal, Mrs. Meyer, emailed us: “We need space for our ballet class on Wednesdays. Can you help us?”

So, 80 little ballerinas started coming to practice their plie’s and Rond de Jambe’s in our upstairs parlor room. We provided snacks and warm smiles. 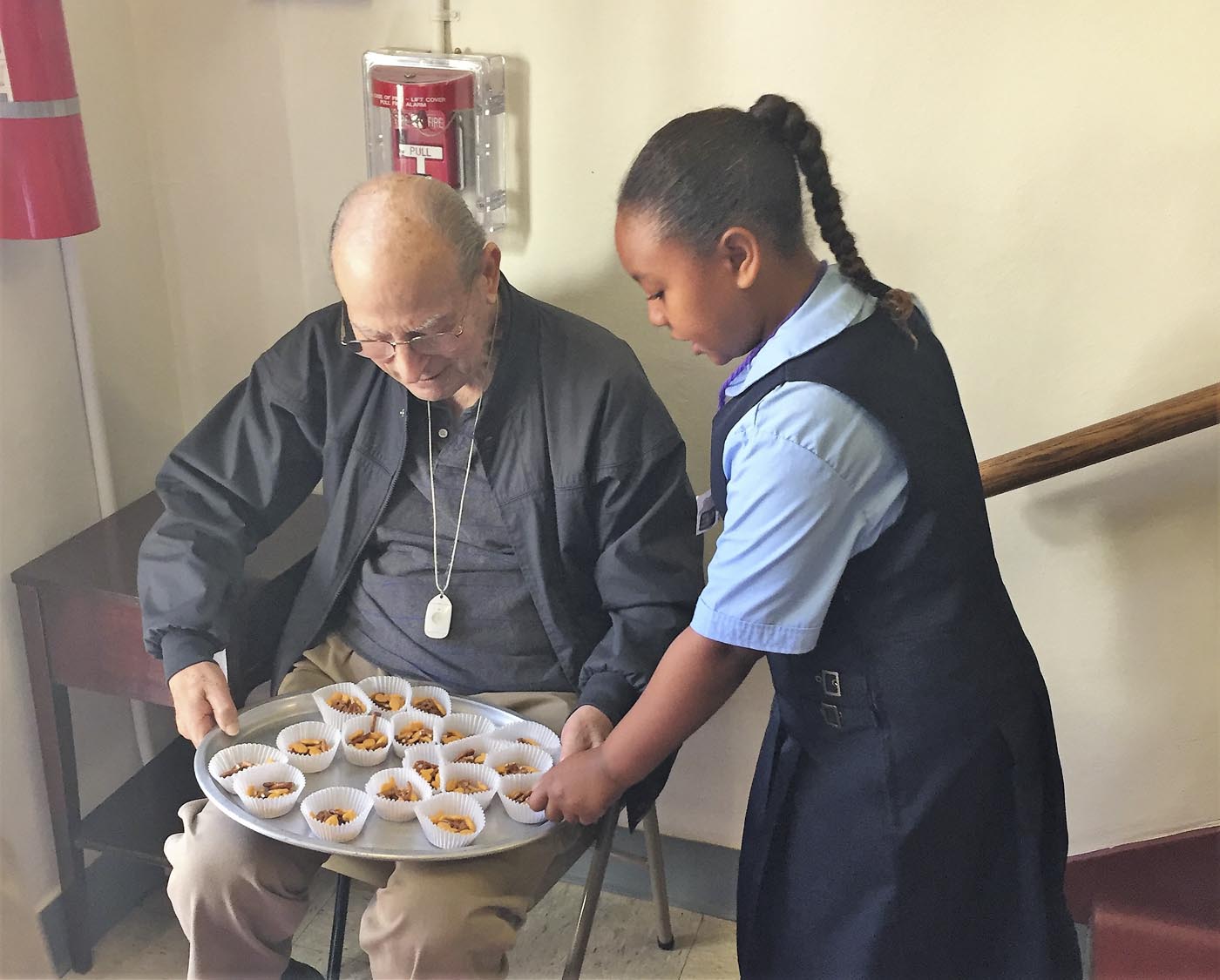 Then it was a time for their end-of-year recital, normally held in the school gym. We had a nice stage in our fellowship hall, which hadn’t been used for much besides storage in about 40 years. We cleaned it up and invited all the parents from the school. 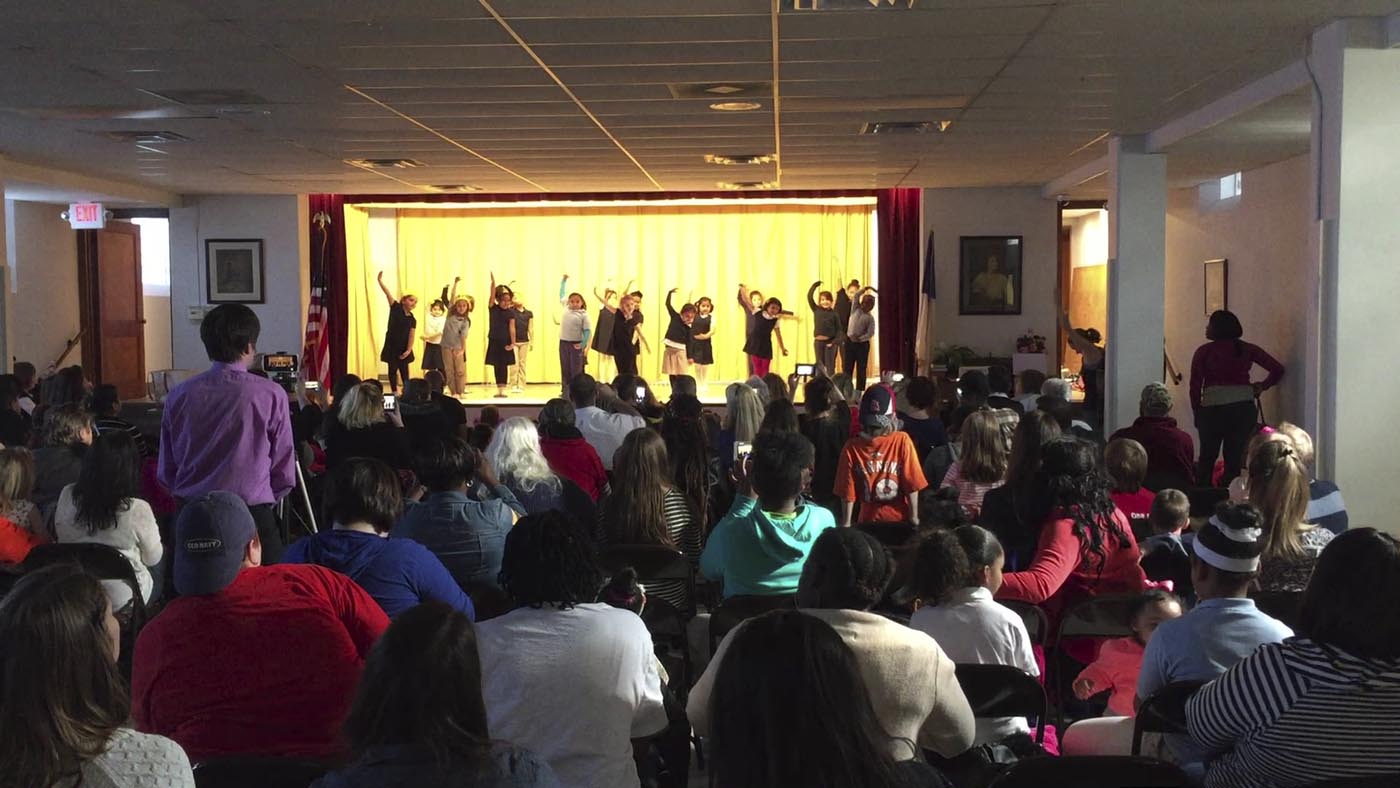 We were blessed to share this space in the name of Jesus.

At the end of the recital, the girls presented us with a giant, yellow, hand-written thank you card: 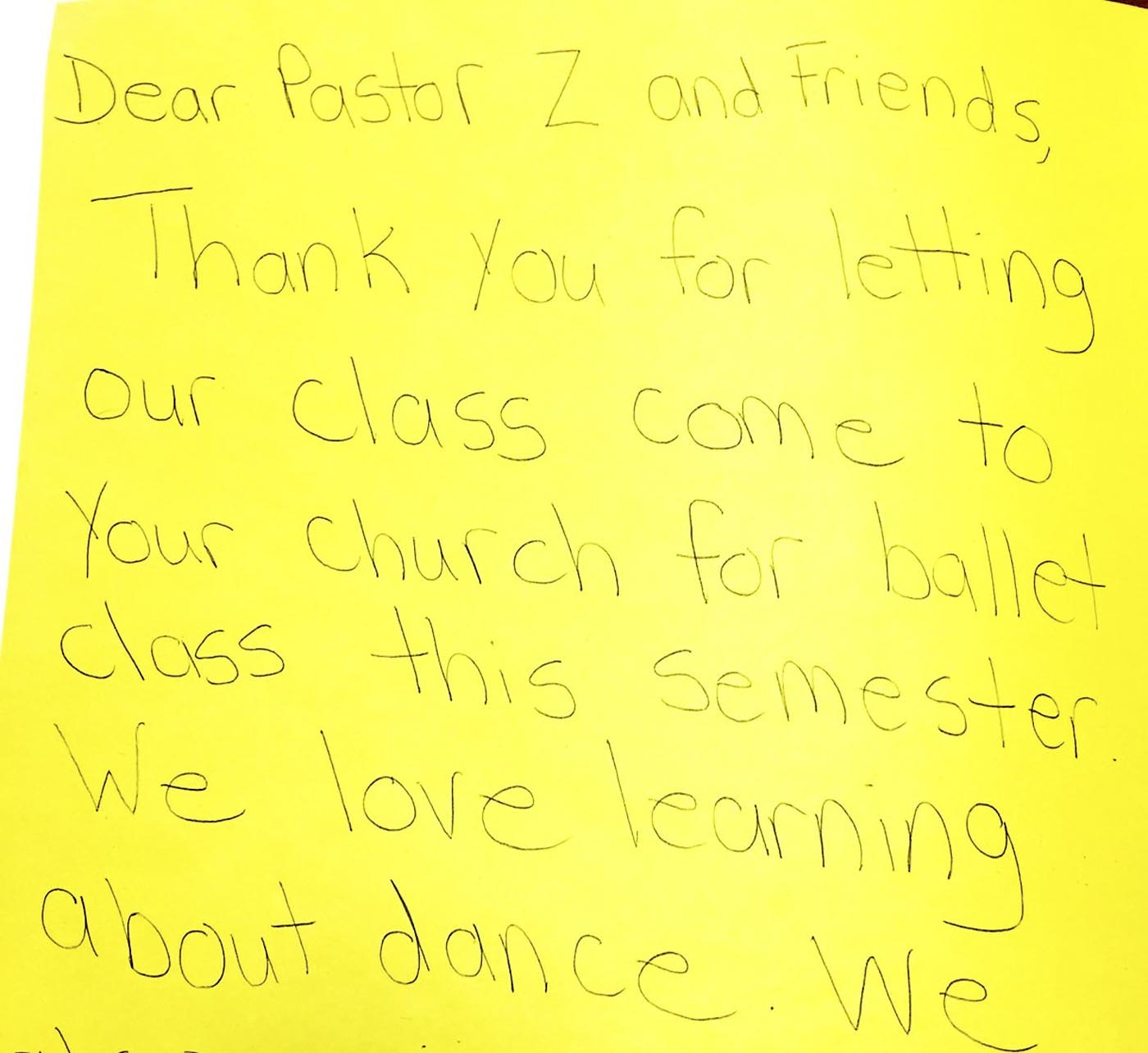 When one of the girls read it aloud, she made a memorable mistake that still warms our hearts. She read, “Thank you for letting our class come to our church for ballet …”

We trust that God is working in these relationships for His glory and the good of our community. Whatever happens, we know that faith needs a place to run.

Here’s a video we made to recap this work God has been doing among us: